In our last Aerospace camp, as we were exploring space and Blackhole, a child asked me that question. 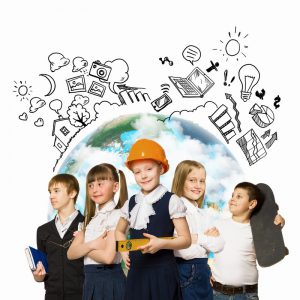 A Black hole is created in our universe when a massive star dies; a star 5 – 30 times the mass of our Sun. Black hole has such an immense pull of gravity that nothing escapes it, not even light. So anything that comes too close to it, gets gobbled up! How close is too close? About the distance between Earth and the Sun, 93 million miles. Our Solar System seems to be in a quieter neighborhood of our galaxy, the Milky Way. Scientists and Astrophysicists have not discovered any black holes in that vicinity.

There is, however, a Super Massive Black hole (SMB) at the center of the Milky Way. The SMB is 4 million times the mass of the Sun. Its gravity can influence objects as far as a million miles away. Thankfully, our Solar System is far enough to be safe from this cosmic hot zone.

Metaphorically, if after multiple efforts we don’t see the results, it may seem like our efforts are going into a black hole. All of us have a special attribute to escape this black hole: perseverance.

Remember, the only angle from which to approach a problem is the try-angle …